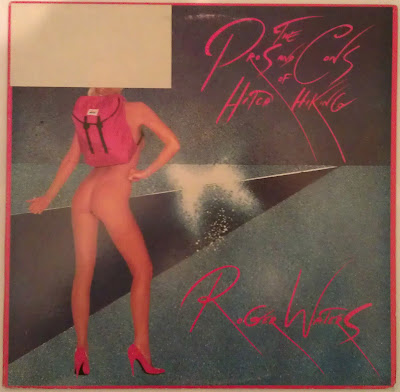 This is a Promo E.P. that was released about the same time as the "The Pros And Cons Of Hitch hiking" album, by Roger Waters. It has a gold stamp on the bar-code that says: 'FOR PROMOTION ONLY, Ownership Reserved By CBS, Sale Is Unlawful'. Promotion means that it's probably been distributed to radio stations and other promoters before or as the album was released. Even on the labels is written: 'DEMONSTRATION, NOT FOR SALE' ... and I bought it obviously.

The front cover is the same as the album itself and has the uncensored version of the naked hitch hiking lady. I've got my copy of it with a large white sticker on the left upper corner. I'm not sure why it is there, cause there is no writings underneath it. as far as I can see. The Back cover has Roger's name written with the album's special font in big letters and the song names and credits. The cover has a little bit of cover-wear but the vinyl itself is in perfect condition.

Side one: 5.01 AM (The Pros and Cons of Hitch Hiking) Extended Version.
Side two: 4.30 AM (Apparently They Were Travelling Abroad)
4.33 AM (Running Shoes) 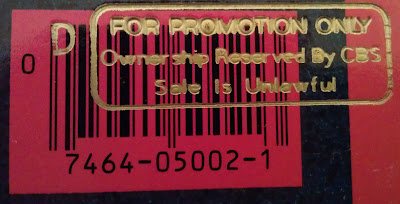 Wish You Were Here MORE!

We are friends from Chile and Israel with a mutual interest in a band called Pink Floyd. It's been for years that we have this obsession for the band which is expressed in buying and collecting their music and memorabilia. This blog will present this collection for you to enjoy. If you want to contribute, sell, exchange, get me to make a small effort for you or just have a question to ask, you can contact me here: E-Mail me.